With a history of over 50 years, Ascension Kindergarten’s heritage is significant for the many generations of parents and their children who have spent their pre-school years here

Today, the Kindergarten has an enrolment of over 600 students and a staff strength of 46. The vision of the school has remained steadfast over the years: that is to place children and their needs first, and to lay the foundation in their early years so as to prepare them for the future.

Principal consultant and ex-principal of Ascension Kindergarten Mrs Jenny Kwek says: “We believe in growing the first seeds, developing strong roots and we see the Kindergarten as playing a pivotal role in this process.”

Mrs Kwek, who served as the principal of Ascension Kindergarten from 1975 to 2010, stresses that the environment in a child’s early learning years is important and the Kindergarten’s curriculum centers on creating “teachable moments” within a child-initiated curriculum and allowing for purposeful play.

Easel-painting, water-play, sand-play and physical activities have remained consistent elements of the daily curriculum when Ascension Kindergarten first started and are kept as part of the curriculum that it has today. 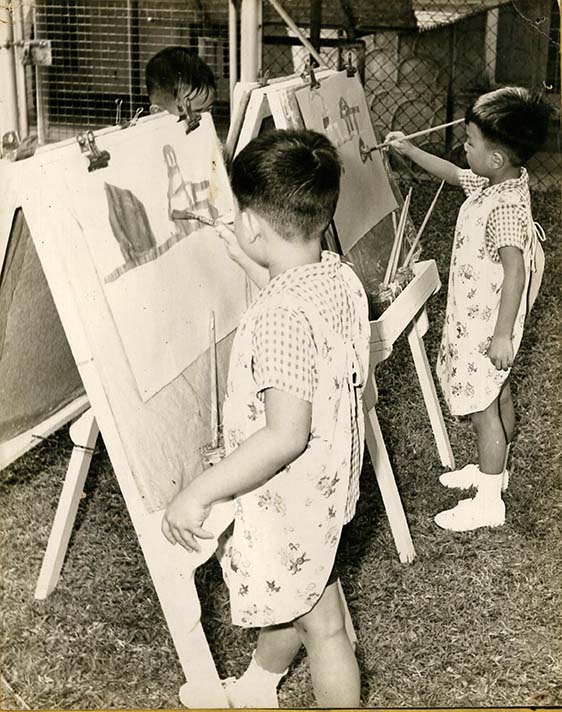 Mrs Kwek recalls the clear vision she had when Ascension Kindergarten first moved into its present premises. “I saw it as a giant doll-house and I asked myself: what could I do with a place like that?” The environment, she acknowledges, is just as important as the curriculum.

The Kindergarten now has its own indoor gym facility, an assembly hall, and classrooms for children aged 2.5 to 6, ranging from the pre-nursery to kindergarten levels.

As it continues in its heritage of building happy children who are confident and possess a joy for learning, the Kindergarten has also moved into its next phase of growth, helmed by current principal Mrs Dianne Seet who took over in 2010. It has embarked on social-emotional learning programmes in the school and remains a pioneer in the early childhood education sector in Singapore.

“Our heritage tells people that we have been around and the Kindergarten is built on sound and solid principles as we continue to nurture and grow our children,” says Mrs Seet.

Through the years, the kindergarten has seen God’s hand at work, both in the lives of the children and its staff members. Led by God, it continues to nurture each child to be a global learner in contributing his or her love to the world.